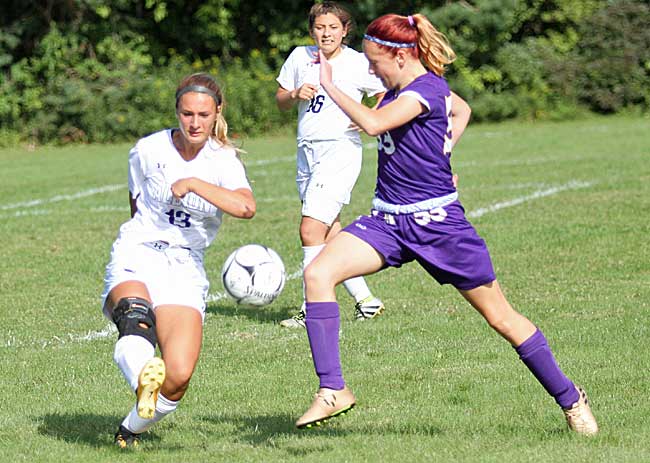 Photo by Cheryl Wertman – Albion’s Natalie DiCureia boots the ball away from York attacker Cierra Smith during this afternoon’s Kendall Tournament championship game which was won by York.

A pair of first half goals proved to be just enough to earn York a 2-1 victory over Albion this afternoon in the championship game of the Kendall girls soccer tournament.

Jayden Richardson and Jennifer Mandarano took turns scoring for York in the opening half.

Albion battled back with a goal by Kendall Derisley, off an assist from Brylie Hapeman, midway through the second half but the Purple Eagles could not net the equalizer.

In the consolation game, Kendall nipped Bishop Kearney 1-0 on a first half goal by Brianna Wakefield off a assist from Madison Jacob.