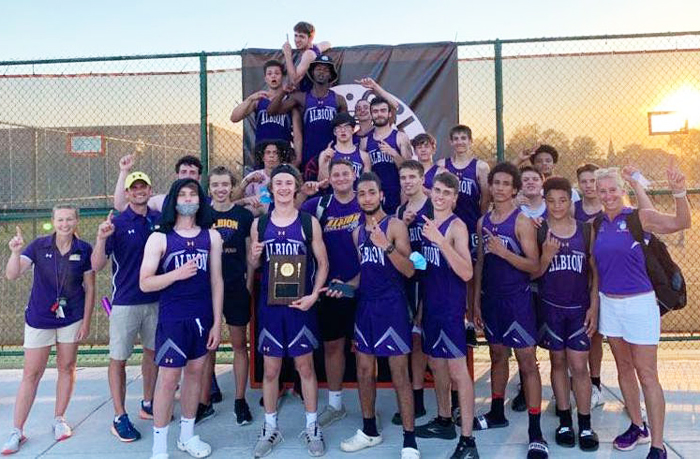 The boys track team carried the championship banner for Albion High during Niagara-Orleans League competition this past year.

The Purple Eagles captured a second straight N-O title with a 6-0 record in dual meet competition and then took first place honors in 10 events at the annual N-O All-League track meet. 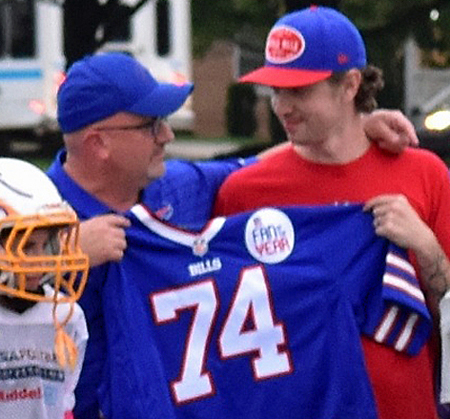 Contributed Photo – Bills Fan of the Year Geno Allport with his son Tre.

Shabazz went on to win the High Jump and place second in the Triple Jump at the Section VI meet.

Sandstone ruled in youth baseball capturing both the Albion Midget League 12U and 10U division championships.

Sandstone downed Rotary 5-0 in the 12U playoff championship game as Omer Fugate pitched a one hitter with 14 strikeouts.

In the 10U title contest Sandstone nipped Barre 4-3 as a double by Garrett Smith in the fourth inning plated what proved to be the winning run.

Albion’s Geno Allport, whose family has had season tickets since 1974, was honored by the Buffalo Bills as Bills Fan of the Year. Allport has been a long time supporter of the Albion Youth football program serving first as a coach and now as commissioner.

Saturday will spotlight Medina in 2021.