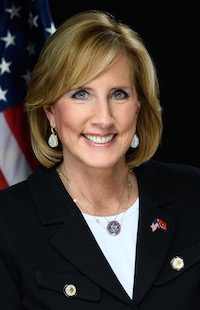 Tenney also highlighted her senior leadership team, which includes experienced caseworkers and public servants who will continue to provide top-tier constituent services and policy expertise to the residents of New York’s 24th District.

In addition to the office locations and satellite hours listed below, Congresswoman Tenney’s team of expert caseworkers will also host regular mobile office hours in communities across the 24th District to bring our assistance directly to the communities we serve. Mobile office hour sessions will be announced monthly on a rolling basis in all 12 counties of the 24th District.

“I made a commitment to the residents of New York’s 24th District that we would be ready to serve you on day one of the new Congress, and I am honored that we have made good on this promise. Our new office locations and excellent team of seasoned policy and customer service professionals will provide the highest level of support and care to every resident of the 24th District,” said Congresswoman Tenney. “Our commitment to this community is that we will serve transparently with honor, integrity, and compassion. We will provide top-tier constituent services and work proactively to address the full range of constituent needs and concerns while advancing policies that improve our region, uphold the Constitution, and make our nation stronger than ever.”

Opening details will be announced in the coming days.

Starting the week of January 9, Congresswoman Tenney’s team of expert caseworkers in partnership with New York State Senator-Elect Mark Walczyk’s office, will host satellite hours every Tuesday from 9 a.m. to 1 p.m. and Thursday from 1 p.m. to 5 p.m.