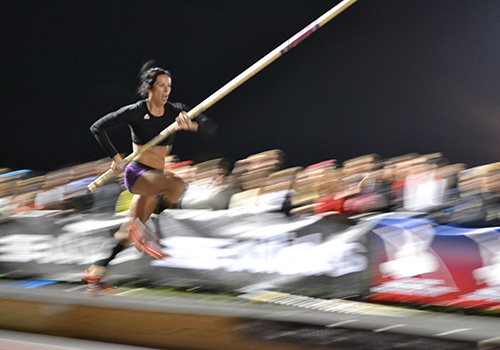 Jenn Suhr has been stricken by virus on the eve of the qualifiers for the pole vault at the Olympics in Rio.

Suhr and her husband Rick Suhr own homes in Chuchville and Kendall. She already has won gold and silver medals at the past two Olympics. She came into the Rio competition “in the greatest shape,” her husband and coach Rick Suhr posted on Facebook.

Rick grew up in Lyndonville and practiced the pole vault at the White Birch Golf Course, which is owned by his brother Harold Suhr.

“Jenn has fallen ill, quite ill in the last two days,” Rick Suhr posted. “This morning it has really kicked in, she has lost her voice almost completely. Seems she picked up a nasty virus here and has caused respiratory complications. This sucks, and I mean really sucks!”

The qualifiers are scheduled to start at 8:45 a.m. on Tuesday. Rick Suhr said Jenn hasn’t withdrawn. They are hoping antibiotics will kick in and she can compete.

“This does not look good,” Rick Suhr said. “We will fight the good fight. God has blessed us with Olympic gold and silver in the past. So I can’t be angry. I am just so disappointed.”