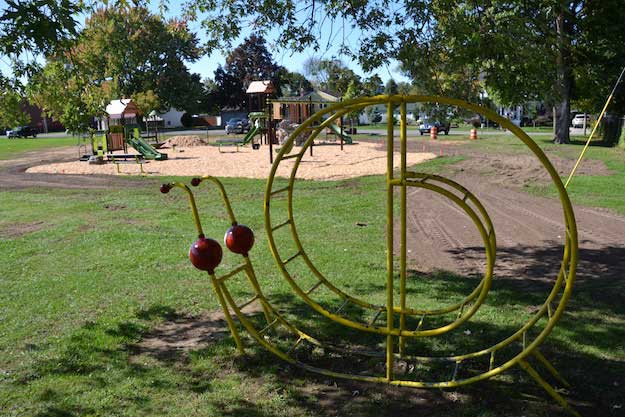 File photo by Tom Rivers: The snail at Pine Street Park, and another one at Butts Park, were sold through an online auction with the bids accepted on Monday by the Village Board.

MEDINA – The Village Board accepted five bids on Monday through an online auction, including one for the snail jungle gym that was at Pine Street Park.

The snail sold for $2,025. It was purchased by an undisclosed buyer from Medina, village officials said.

The village moved to sell the snails from the playgrounds after the village’s insurance carrier said any claims from people who were injured on the snails would not be covered by insurance. The snails were removed in the summer.