Due to Covid 19 Pandemic restrictions it has been a most unusual sports year to say the least, especially over the first six months.

On the high school scene because the so-called “High Risk” sports of football and volleyball weren’t able to be played during the fall of 2020 they were shifted into this past spring.

That situation caused three seasons of sports to be jammed into a hectic five month stretch from February to June.

Locally, the Niagara-Orleans League swim season did get in during January and early February but the meets were all “virtual” with each team swimming in its own pool and the results were compared via computer program to determine the individual events and overall meet winners. Even the N-O All-League meet was held virtually.

Section V did get wrestling in on schedule but Section VI delayed its mat season until the spring.

Basketball was delayed until February and had an abbreviated sectionals in March.

That was quickly followed by a brief first ever spring football season and volleyball during April and early May and then by the traditional spring season (baseball, softball, tennis, track and lacrosse) during May and June. 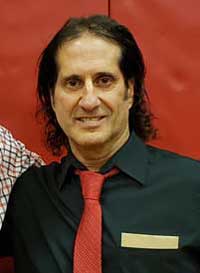 All in all it was a very busy stretch for student/athletes and coaches alike but for many a very successful one.

Thankfully by fall the high school schedule returned to normal though there were some Covid related “pauses” by some area teams.

Over the next few days the OrleansHub Sports will take a look back at some of the highlights and special moments of the 2021 sports year by community beginning today with Holley and Kendall. Wednesday will spotlight Lyndonville.

Holley
Former long time Holley wrestling coach John Grillo was inducted into the Section V Wrestling Hall of Fame. He coached for 44 years, most of them at Holley. His Holley teams garnered some 22 G-R League and 12 Section V titles compiling some 780 total wins.

It was a tough spring season for the Holley varsity football team. Hampered by low numbers right from the start of practice, the underclassmen dominated Hawks squad was forced to cancel the remainder of its schedule after just two games due to an insufficient number of players. However, the Hawks did continue the season with a JV schedule.

The Kendall boys soccer team scored three wins in the Section V Class C2 playoffs including a thrilling 1-0 overtime win in the semifinals over Bradford/Dundee. That advanced Kendall to the finals where the Eagles dropped a 4-0 decision to top seeded Keshequa. The Eagles went 7-2-1 in Genesee Region League competition and finished with a 10-8-2 overall record.

The Kendall based Orleans Outlaws youth baseball program enjoyed a very successful season capped off by winning the Fairport Tournament.