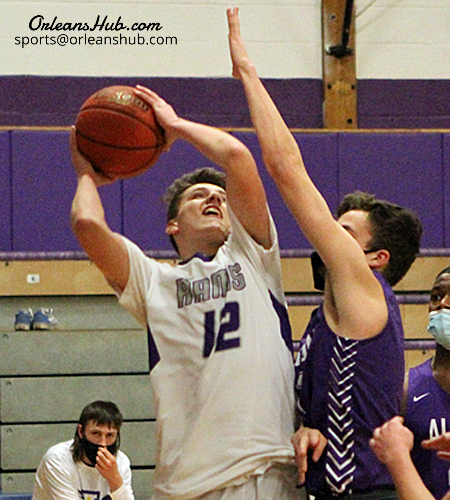 Photo by Cheryl Wertman – Aiden Petrie and his Roy-Hart teammates will open the season Friday.

Looking to improve upon last season’s 3-9 Niagara-Orleans record, Roy-Hart will begin tuning up for the league campaign by visiting Notre Dame at 7 p.m. Friday.

Roy-Hart will also visit St. Mary’s, Lancaster on Dec. 14 before the home opener on December 16 against Cleveland Hill. The Rams N-O opener will be at home on Dec. 21 against Wilson.

“I really like the guys we have. It’s a good group of returnees and players coming up,” said Joe Pawlak. “The defensive end will be key for us. We want to play strong defense and run the ball on offense off of that.”