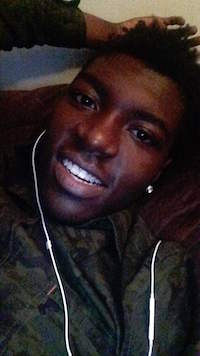 WHEATFELD – Quincy Harper, 18, was known in Medina for a “million-dollar smile” and a heart of gold. Quincy also excelled in sports for the Mustangs.

On Saturday, just after midnight, he was one of two pedestrians killed in Wheatfield. The Niagara County Sheriff’s Office said Carly Marrs, 20, was driving along Shawnee Road at 12:18 a.m. when she struck three pedestrians, killing Quincy Harper and Melanie Aronow, 18 of Amherst.

Quincy Byrd, 18, of Lockport also was injured in the accident and was transported by Mercy Flight to Erie County Medical Center.

The driver of the vehicle was transported by ambulance to DeGraff Hospital in North Tonawanda with minor injuries. She was interviewed by investigators at the hospital and was cooperative, the Sheriff’s Office reported.

The Sheriff’s Office Criminal Division and Accident Reconstruction team, along with the District Attorney’s Office are investigating the fatal crash. No charges have been filed at this time.

Quincy Harper attended Medina schools from elementary to high schools. He was raised by his father, Forrest Harper and has many relatives in Medina, Albion, Lockport and Buffalo.