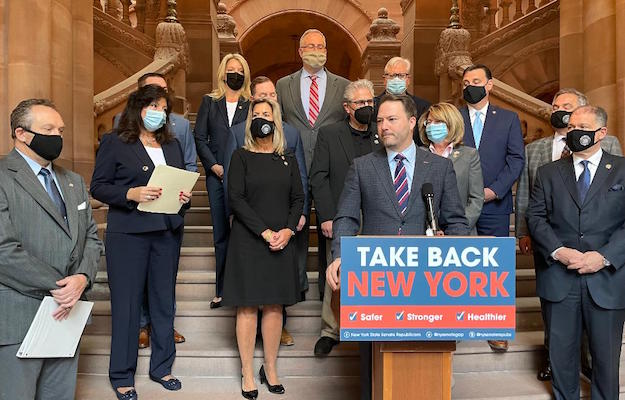 A response to the neglect and decline of our state created by Democrat One-Party Rule, Take Back New York would restore balance and common sense to government while vigorously rejecting the extreme policies of the past three years.

“Democrat One-Party Rule has been nothing short of a disaster for New York State,” said Senate Republican Leader Rob Ortt. “From escalating taxes to blatant pro-criminal policies and extreme government overreach, it’s become harder than ever to live in our communities — something reflected in the growing exodus of our fellow New Yorkers. It’s more vital than ever, for them, that we take back our state from out-of-touch politicians and restore some sanity and common sense to our government. Take Back New York 2022 is the first step in accomplishing that and restoring our reputation as the Empire State.”