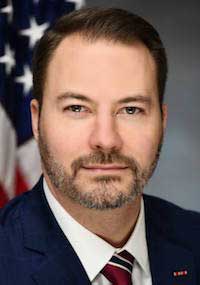 “As we start the new year, the agriculture industry continues to struggle under burdensome state mandates and the lingering effects of the Covid-19 pandemic,” Ortt said. “Lowering the overtime threshold will push workers to other states and drastically lower production, leaving family farmers with a serious risk of losing their livelihoods.”

In January, the New York State Farm Labor Wage Board will revisit the threshold set in 2019 and make a determination on whether to lower the threshold to 40 hours. Ninety-six percent of farms in New York State, most of which are family-owned, are unable to cover the costs of paying time and a half; a threshold reduction would result in less hours for employees to work and smaller paychecks. With farms being local economic engines, this Albany mandate would have devastating effects on communities across New York State.

In their letter, the Republican legislators cited a recent study conducted at Cornell University. The study found that if the overtime threshold was lowered to 40 hours, two-thirds of dairy farmers would make significant changes to their operation, including leaving the industry or investing out of state, and half of fruit and vegetable farmers indicated they would decrease their operations or exit the industry.

“Even the most resilient of these New Yorkers would be forced to relinquish labor-intensive dairy or crops operations, relocate to other states or abandon agriculture entirely,” said Senator George Borrello, Ranking Member of the Senate Agriculture Committee.  “I urge the members of the Wage Board to listen to researchers as well as those on the front lines, including farm workers, and reject any overtime changes. The future of farming and food security in our state hangs in the balance.”