Nashville entertainer comes home to Medina for concert on Dec. 30

MEDINA – A Medina native and Nashville entertainer return home for Christmas and give a concert Dec. 30 at the Medina Theater on Main Street.

Brandon Noreck is a 2009 graduate of Medina High School, where he sang in the choir, played in the jazz band and was a member of the Mustang Marching Band from seventh grade through high school. 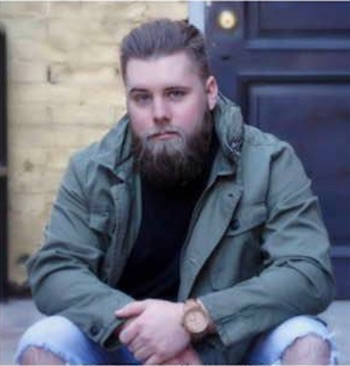 “Mrs. Roessler, who led the choir, was a big inspiration to me,” Noreck said. “Mr. Doctor pushed me to be a vocalist. He urged me to audition for a school musical. I didn’t want a featured spot, but I ended up as Tony in ‘West Side Story.’”

Noreck’s parents still live in the area – his father Jim on South Lyndonville Road and his mother Lisa in Amherst.

“I’ve loved music all my life,” Noreck said in a phone call from Nashville last week. “I started playing piano when I was 5 years old.”

In his senior year of high school, he and his mom took a trip to Nashville, and he was hooked.

“I fell in love with the city,” he said.

Noreck attended Fredonia State College, where he graduated in 2013 with a bachelor’s degree in sound recording technology.

Initially, he wanted to be an engineer in sound recording technology, he said.

Not only is he an engineer, but a song writer, singer and instrumentalist. He plays piano, guitar and trumpet. While he has knowledge of woodwind, brass, percussion and choral arrangements, his specialty is RnB/Soul/Pop.

Music is one of the most important things in his life, he said.

After moving to Nashville in 2013, Noreck did freelance sound recording, but after a couple of years he realized his biggest passion was to sing. He started attending sessions called Writers’ Rounds, where musicians and singers meet and perform for each other.

Noreck has written several songs and really enjoys performing his original stuff, he said. He has had a couple of his songs cut and released. He has also done jingles on the radio.

Click here to hear “I Just Want You” by Brandon Noreck.

When a family friend, Tim McPherson of Medina, learned Noreck was coming home for Christmas, he thought how great it would be if the singer could perform for his home town crowd. McPherson contacted Joe Cardone and arranged to use the Medina Theater for a concert. This will be his first time performing for his home town.