MEDINA – Kaylee Lacey, a senior from Medina High School, is among 25 in New York State to be nominated for the US Presidential Scholars Program. 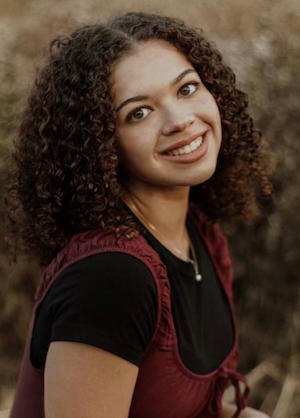 State Education Commissioner Betty A. Rosa made the announcement on Thursday.

The recognition is one of our nation’s most prestigious honors for high school students.

“We were extremely excited to find out that one of our 12th grade AVID students, Kaylee Lacey, was selected from our district,” said Medina High School Principal Michael Cavanagh. “We know Kaylee has worked extremely hard and definitely deserves this incredible honor. A heartfelt thank you goes out to Director of School Counseling Audralee Doll for nominating her to the state.”

“Kaylee is one of our most outstanding students at Medina High School,” Mrs. Doll said. “Going above and beyond in every way possible, Kaylee is not only salutatorian among her cohort, but she will also graduate with a New York State Honors Regents Diploma with an Advanced Designation in Science – a title so rare that only few have reached this distinction in previous years.”

Kaylee will also be presented with two District awards, the James Perry Craft, Jr. School of Mathematics and Science and the John Ryan School of Historical Excellence.  Her school activities include Drum Major of the Marching Band, Impact Club, Conservation Club, Swim Team and Softball Team.

After graduation, Kaylee plans to attend school to become a pharmacist.