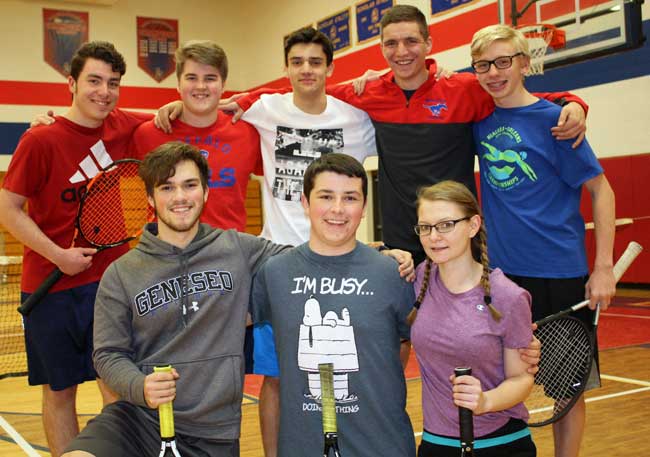 Photo by Mike Wertman – Set to lead Medina into the defense of its Niagara-Orleans League tennis title is this group of returnees. In front are Abel Zavitz, Nick Bogan and Kyla Leno. In back are Brandon Harris, Toby Kiebala, Mike Cardone, Kristian Snyder and Ray Paull.

“We’re glad to have as much experience as we do now we have to make the most of it,” said Coach Chris Horgan whose Mustangs have claimed the N-O title four of the last five years.

The Mustangs are slated to begin defense of their title at Albion on Monday.