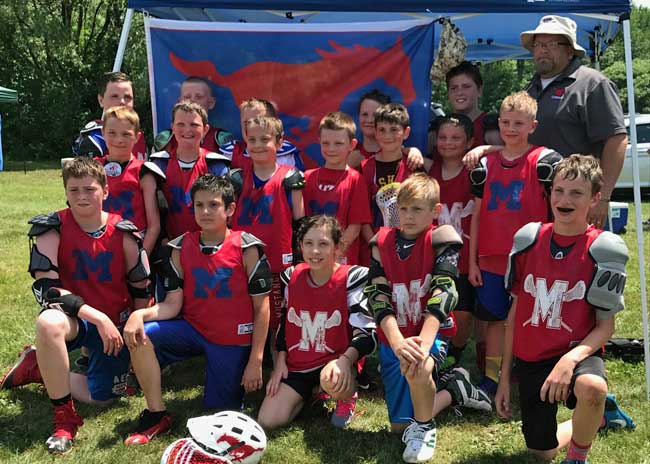 Contributed Photo – The Medina Lacrosse Club’s fifth and sixth grade squad opened its season this past weekend by competing against three Section V opponents at the Gananda Tournament. The team will begin its Western New York League season at Clarence on June 27 and will host Grand Island on June 29. The Medina Lacrosse Club’s U16 team will open its season this evening at 6:30 by hosting Grand Island.