Man charged for multiple burglaries in Albion, with over 100 stolen items recovered

ALBION – The Albion Police Department is reporting today that a 20-year-old man has been arrested after nearly a month-long investigation into several burglaries to dwellings, garages, sheds and larcenies from vehicles. 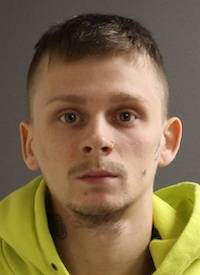 Hitzges was committed to the Orleans County Jail pending arraignment. He was subsequently released on his own recognizance at arraignment.

Those who think they have been a victim of a recent burglary in the Village of Albion and have items missing are asked to call the Albion Police Department at (585)589-5627 or email the Albion PD at Contact@albionpolice.com.