No construction start set for project ending in 2024 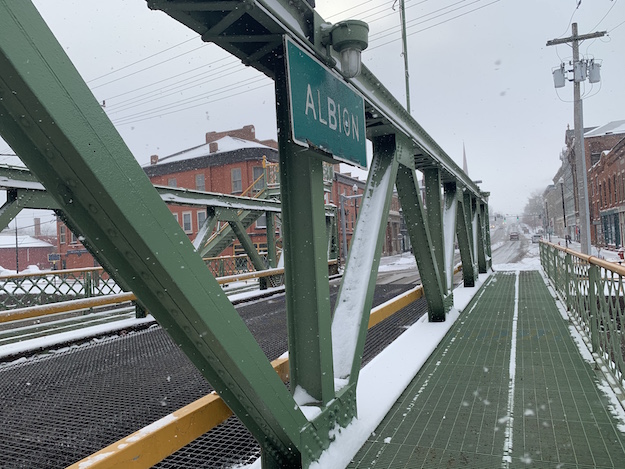 Photos by Tom Rivers: The Main Street lift bridge in Albion was originally built in 1914. It is one of 16 lift bridges on the Erie Canal, and one of seven in Orleans County.

ALBION – The Main Street lift bridge in Albion may close for about two years as part of an estimated $21,200,000 project that includes major repairs to the lift bridge in Brockport on Route 19.

The state Department of Transportation is reviewing bids right now. No schedule has been set for when the lift bridges will close and construction will start, a DOT spokesman said.

The Albion bridge was originally built in 1914. It typically closes a few days each year for short-term repairs. It is one of 16 lift bridges on the Erie Canal, and one of seven in Orleans County.

Updates will also be made to the mechanical and electrical components of the lifting mechanisms. The lift tower will also be rehabilitated.

In addition, the bridge railing and guide rail on the bridge approaches will be improved and bridge will be repainted.

The DOT will have the project done the same time contractors work on the lift bridge on Route 19 in Brockport.

Construction is expected to be completed in summer 2024. 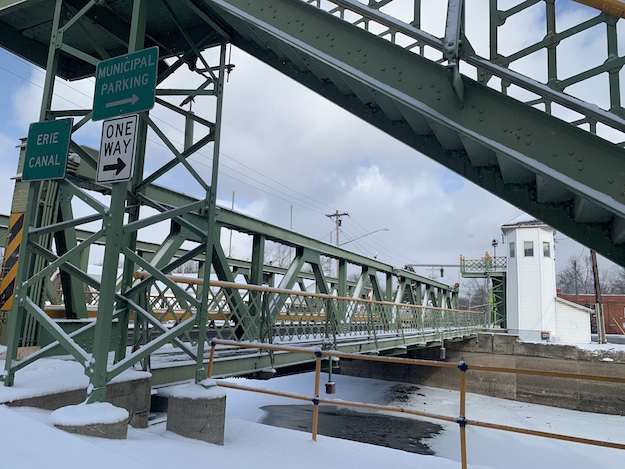 The lift bridge on Main Street in Albion typically closes a few days a year for repairs. It will get an extensive overhaul that will have it closed for about two years.