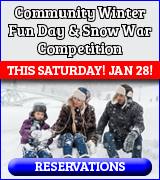 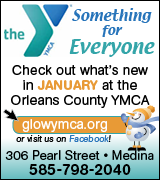 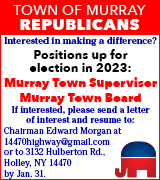 To prevent the implementation of the political worldviews that historically have always led to tyranny, two financial barriers were placed in the U.S. Constitution. In 1913, when the Democrats and Republicans ratified the 16th Amendment, they trampled on and crushed those two barriers.

In the process they destroyed the structure of our society that the U.S. Constitution was designed to create and preserve – a structure where you were empowered to provide for and defend yourself and family. The two major parties today are pursuing worldviews where government dominates and controls society – worldviews formerly blocked by the financial barriers.

The SAFE act is a typical efforts supported by those worldviews: A shooting at a school in another state justified the passing of a bill in the middle of the night – no debate, no proper notice, no input from the many state agencies affected, creating unconstitutional restrictions on your owning, purchasing and using a weapon, restrictions on weapon designs, and even unconstitutional confiscation of weapons. Were our elected officials terrified, or was there another motive?

Consider a person getting a rash from poison ivory and then government passing laws limiting where you can go (not the person with the rash), who you can interact with, how you must dress, medical care you will be required to receive, restrictions on your ‘driving privileges’ (you might be distracted if you see a person with a rash), penalties for parents of anyone having a rash (obviously bad parenting) … Get the idea?

These are responses to ‘symptoms.’ Not one response addresses the problem, the source of the rash … the poison ivy plants in the garden. The shooting is a symptom. It is not the problem.

The Second Amendment gives every citizen the right to carry a weapon – loaded, unloaded, concealed, not concealed – anywhere they deem necessary to protect themselves, their family, and neighbors. It even provides one reason every citizen has an obligation to carry a weapon. How does the SAFE Act, restricting your ability to defend yourself and family, address any problem? It doesn’t.

You interact with a criminal for about 90 seconds. Police arrive in 10 minutes. Nothing in the SAFE Act empowers you, as a citizen, to respond spontaneously to defend yourself. Sure, the SAFE Act addresses symptoms of problems, but not problems created by you; they are created by the worldviews embraced by Democrats and Republicans.