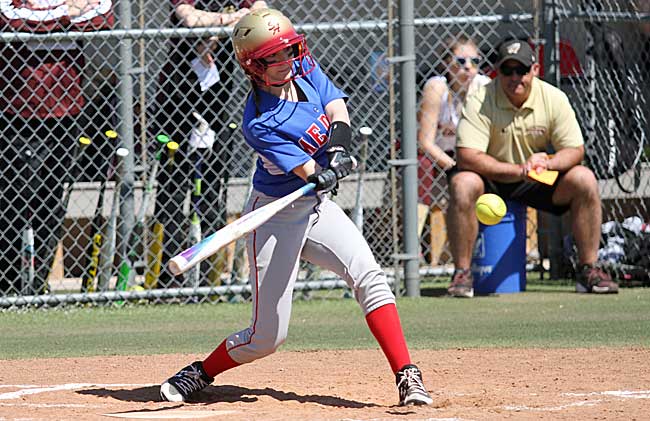 Photo by Cheryl Wertman – Medina’s Brandi Guild gets set to put the bat on the ball during the Mustangs loss to Cheektowaga this afternoon at Vets Park.

A late rally fell just short as Medina dropped a narrow 8-7 decision to Cheektowaga in a non league softball game at Vets Park this afternoon.

Trailing 8-5, Medina cut the deficit to one in the bottom of the seventh as Alisha Scroger tripled and Emily Kams followed up with a two-run home run.

However, the Mustangs could not get another runner on base.

Medina also got off to a quick start scoring three times in the first inning highlighted by a two-run single by Alexis Neuman.

Kams, Scroger and Destiny Satkowski each had a pair of hits. Kams and Scroger both had doubles.

A four run sixth inning scoring burst proved to be the difference for the Lady Warriors.