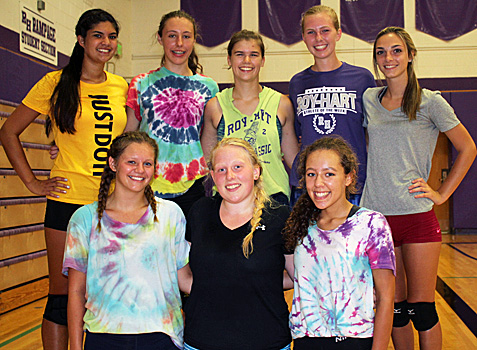 After two years of building Roy-Hart boasts a large contingent of eight returnees with which to contend for top Niagara-Orleans League volleyball honors this season.

That group also includes seniors Kayla May and Victoria Stanczyk along with juniors Sydnie Oetinger and Skyler Christopher and sophomore Aspen Moore.

“They’re seasoned,” said Coach Bill Holahan. “Two years ago we were green. Last year we made progress so this should be the strongest of the three years. We’re feeling pretty good about this group. We’ve got good balance.”