Hospital seeks votes on gingerbread houses made by departments 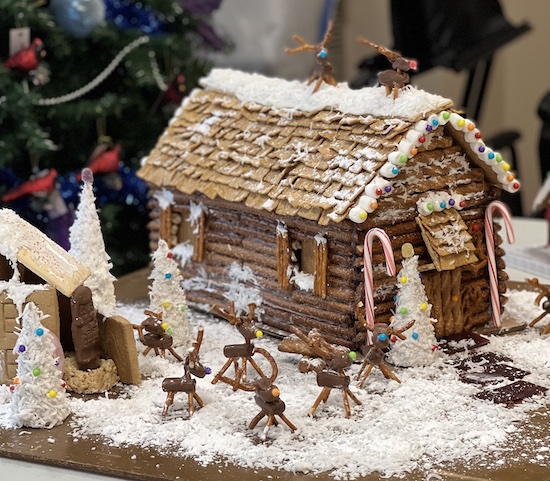 Provided photo: This gingerbread house made by the Radiology Department at Medina Memorial Hospital is on display in the hospital lobby as part of a contest between departments which began Monday.

MEDINA – After a very successful pumpkin contest which created a lot of interest at Halloween, Medina Memorial Hospital has decided to hold a gingerbread contest, beginning on Monday.

“This is a combination of team building internally, while also providing something in the lobby for visitors to look over while they’re in the building,” said Scott Robinson, director of Marketing for Community Partners.

The only rules in the contest are that gingerbread needed to be incorporated somehow into the design, and it needed to be an edible structure.

Among the submissions is a Medina Memorial Hospital, several houses, a Medina Fire Department ambulance and a North Pole scene.

One creation from the Radiology Department features gingerbread in different areas, and then a cabin with pretzel rods as walls. Reindeer with pretzel legs and a chocolate Santa complete the scene.

The public is encouraged to stop and look at the works of art when visiting the hospital.