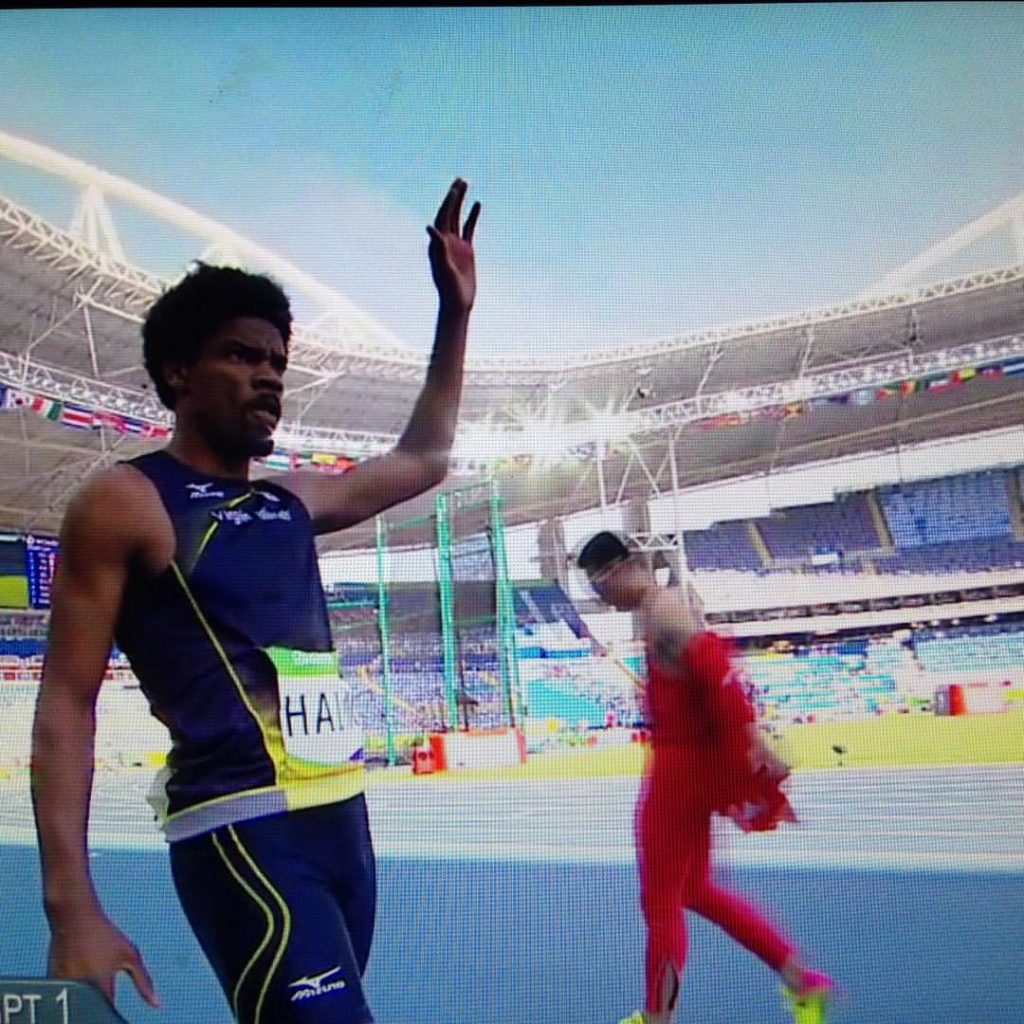 A former Albion star competed in his second Olympics this morning, representing the Virgin Islands. Muhammad Halim didn’t make it past the qualifying round in the triple jump.
Halim holds the Albion school record in the triple jump. He set his personal best in April at 16.99 meters (55.74 feet). That would have tied Nelson Evora of Portugal for the fourth farthest distance this morning in Rio. Christian Taylor of the United States led the qualifier at 17.24 meters.

Halim, 29, didn’t make a mark this morning and didn’t qualify for the finals. He also competed in the London Games in 2012, but also was unable to get past the qualifiers.

Halim and his family moved to Orleans County when he was 7. They left St. Croix in the aftermath of Hurricane Hugo. They moved first to Medina to be near extended family. Halim would then move to Albion by the eighth grade. As a Purple Eagle, he excelled in the triple jump. He went on to Cornell University, and emerged as an NCAA champion in the event.

Halim continued to work on the triple jump after college, juggling a full-time job as a financial analyst for Host Hotels and Resorts in Bethesda, Md. He also didn’t have a coach at his practices. Halim would send video of his jumps to his Cornell coach.

He was a rarity at the 2012 Summer Games as a Olympian with another full-time job. This time around, Halim has taken a break from his job as a regional finance manager to focus on his Olympic training.