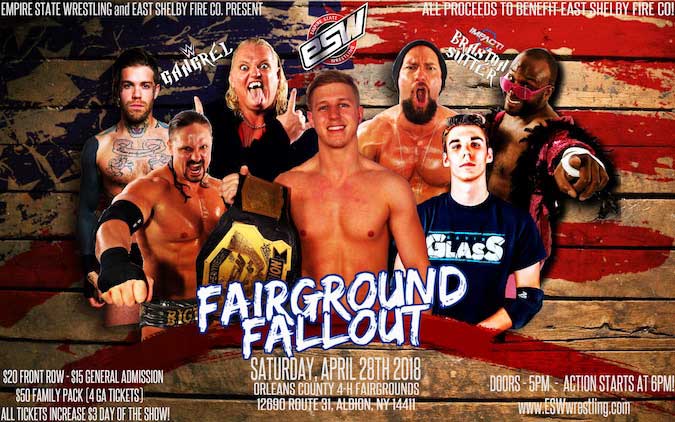 KNOWLESVILLE – The Orleans County 4-H Fairgrounds will host several professional wrestlers in matches on April 28 in a fundraiser for the East Shelby Volunteer Fire Company. 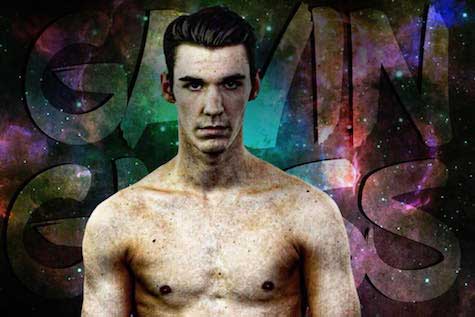 Ryan McPherson of the East Shelby Volunteer Fire Company pushed to bring the event to Orleans County. McPherson took his grandfather, David Green, to a match. Green is a longtime East Shelby firefighter and the retired Orleans County sheriff. Green was very impressed by the ESW wrestlers.

“It’s unbelievable to me the athleticism these guys have,” Green said today. “They are professionals wrestlers. They haven’t made it to the big time but it’s just like you see on TV.”

The April 28 event will be from 5 to 9 p.m., with six or seven matches from 6 to 9 p.m. East Shelby firefighters and volunteers will be selling refreshments.

The event is currently planned for the Lartz Building but could move to the bigger horse barn, depending on ticket sales. For more information on tickets, click here.