Dr. Madejski of Albion named President-Elect of the Medical Society in NY 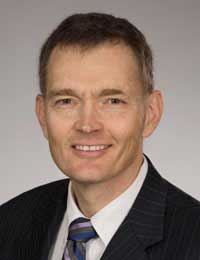 ALBION – Thomas J. Madejski, MD, took office as President-Elect at the Medical Society of the State of New York’s 211th annual House of Delegates meeting in Tarrytown on April 22.

A board-certified internist, he currently serves as President of the Medical Staff at Medina Memorial Hospital. Madejski also practices at General Physicians Medical Practice in Medina.

He completed his internship and residency in internal medicine at the SUNY Health Science Center in Syracuse, and was Chief Resident in the Department of Medicine from 1989-1990.  In 1990, he was named a Diplomat of the American Board of Internal Medicine. He holds additional certifications in the areas of geriatric medicine and hospice and palliative medicine.

Active in organized medicine, Dr. Madejski has been a delegate representing New York at the American Medical Association (AMA)’s annual meeting for the past 12 years. In 2015, he was elected to the AMA’s Council of Medical Service. Additionally, Dr. Madejski is a Fellow of the American College of Physicians, and past president and member of the Orleans County Medical Society.

Earlier, Dr. Madejski served MSSNY as Vice President and as Treasurer. He also has served MSSNY as Commissioner, Division of Socio-Medical Economics and as Vice-Chair, Legislative & Physician Advocacy Committee.

Dr. Madejski is an attending physician at Medina Memorial Hospital and serves on the hospital’s Medical Quality Assurance Committee. He is also a clinical instructor in medicine & pharmacy at University of Buffalo.

With a specialized focus in geriatric medicine, Dr. Madejski is the medical director of Orleans County Nursing Home, Absolut Care of Gasport Nursing Facility and the Hospice of Orleans County.

Madejski and his wife Sandra have five children. Dr. Madejski has been active in the Boy Scouts as an adult volunteer. Four of his sons have earned their Eagle, the highest rank in Scouting.