Diary from January 1851 details farmwork, lots of snow in Carlton 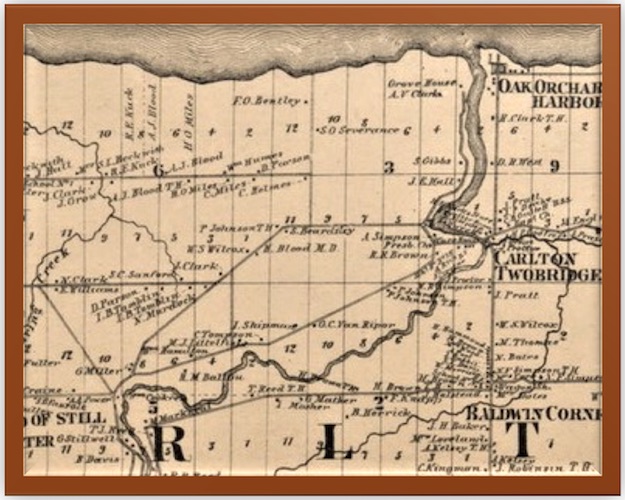 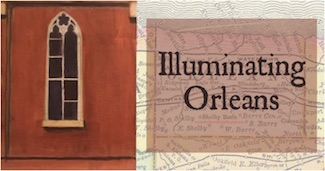 CARLTON – Can you imagine living at a time when you would distinguish between “chopping wood at the door” and “chopping in the woods”?

Diaries written by Hosea and Sarah Ballou from 1851-1853 give an intriguing glimpse into their daily lives. Then in their mid-20s, they lived on a farm on the Oak Orchard River Road in the Town of Carlton.

Diaries are typically started with great resolve at the beginning of the year. With the passage of time, they provide a unique resource for historians as they chronicle the daily lives of ordinary people. In the 1800’s, diaries were small, and the entries brief: a listing of the day’s activities or travels, a record of purchases and sales. Early diarists had neither the time nor space for introspection.

The Ballou diaries were transcribed by Helen E. Allen, the late Town of Carlton Historian, and were published in the Albion Advertiser in 1961. We plan to share them with you over the next few months.

January 1: Snow two feet, six inches deep. Snowed in the morning and blows all day. Went to the Day place to do chores and went down home. Came back and found Ralph here and went home with him to eat roast turkey. Staid (sic) all night.

January 2: Went from Ralph’s to do my chores at the Day place. Christopher brought Sarah home. Keen air.

(Christopher was another brother of Sarah’s)

January 3: Weather moderated a little. Chopped wood at the door. No one in the woods on account of the snow. Snowing quite steady.

January 4: Wind from the west and the roads drifted very bad. Snow flies all day. No work outside. George Stillwell came here in drifts up to his waist to pay me $4.50 for pork.

January 5: Weather more moderate. It began to snow at 11 a.m. Wind SW. Snow coming from the south at bedtime.

January 6: Milder, snow settles quite fast. Went to The Bridges and got an overcoat made by C.C. Wilder, costing $14.

January 7: Continued warmer and smoky with prospect of rain, depth of snow in the woods 3 feet on the level.

January 8: Warm for the season. Sold Orsenius Reed timber to the amount of twelve dollars and fifty cents.

January 13: Thaws fast. Snows some. Went to Waterport and from there to Lawrence’s to inquire about some hay.

January 14: Quite warm, thaws. Chopped in the woods. Mr. Thompson and wife and Mr. Littlefield and wife were here visiting this evening.

January 16: Staid (sic) all night down to Ralph’s.

January 18: High winds and very cold. Got my sheep hoe from the Day place.

January 20: Warmer with wind from the south. Chopped in the woods. Ralph brought some mackerel.

January 21: Thaws a little. Went to N.F. Simpsons after tallow but it was not ready. Make a hen coop.

January 23: Carried Sarah home to Mother’s. Carried hams to be smoked. Got 17 ¾ lbs. tallow at N.F. Simpsons, 1 ½ bushels of apples at G.C. VanRiper. Went down after Sarah, carried her to Hank Collins and got hens that I had left him.

(Tallow was used to make candles)

January 24: Went to Lawrences and got ten hundred hay and paid him five dollars.

January 25: Went to the Bridges and got some camphor. Belinda and Helen here avisiting (sic).

(Camphor was used for respiratory ailments and to ease muscle pain)

January 27: Some colder. My birthday. Chopped a little wood at the door. Sarah went down on the flat after cattails to make candle rods.

January 30: Very cold, stormy weather. No work out of doors.

We have observed that diarists in general begin their entries with a reference to weather, which is not surprising as it so effects the tenor of the day. Weather conditions, particularly in January, would have been central to Hosea’s livelihood and indeed survival. Chopping wood was a daily necessity. We infer that he could go to the woods to chop wood when the weather was not severe, while “chopping wood at the door” indicated more inclement conditions.

We can all identify with Hosea’s January 19 entry: