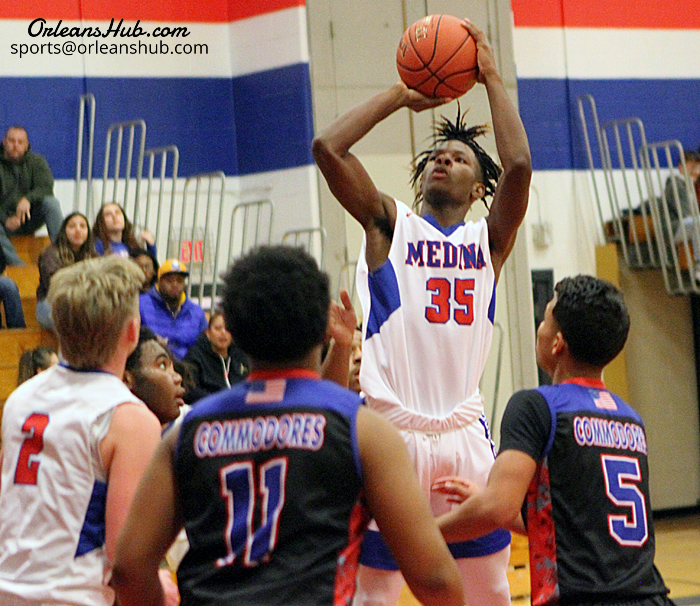 Photo by Cheryl Wertman – Medina’s Jerrell Nealy puts up a shot during the Mustangs home court loss to Maritime this evening.

Racing out to a commanding 26 point halftime advantage, Maritime went on to defeat host Medina 68-42 in a non league boys basketball game this evening.

Plagued throughout by turnovers, Medina fell behind by margins of 18-10 after the first quarter, 40-14 at the half and 53-24 at the three-quarter mark.

Keyon Tucker scored 16, Jamanye Corbett 13 and Keniec Rivera-Reyes 12 to lead the way for the Commodores.

The Mustangs next host West Seneca East at 6:30 p.m. Thursday in another non league contest.