Big advantage in Murray key to Bourke’s lead over Sobieraski

ALBION – Without Murray, Chris Bourke would be trailing Brett Sobieraski in votes for the Republican line for sheriff in the November election.

After Tuesday night, Bourke holds 99-vote lead over Sobieraski, 1,793-1,694. There are more votes to be counted on Monday morning. 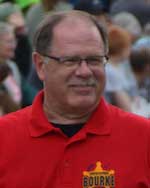 There are 10 towns in Orleans County, and Bourke has the most votes in five of them, while Sobieraski leads in four and they are tied in one, Barre.

Most of the town votes were fairly close, but Bourke had a nearly 2-to-1 advantage in Murray, 337 for Bourke to 175 for Sobieraski. That 162-vote lead was huge for Bourke, the current undersheriff. 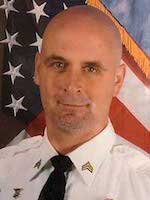 Murray is the home of current sheriff, Randy Bower, who isn’t seeking re-election and backed Bourke. Michael Mele, the chief deputy of the Sheriff’s Office, will serve as undersheriff with Bourke. Mele lives in Murray and is on the Town Board. He is also vice chairman of the Orleans County Republican Party.

Bourke and Sobieraski both live in Carlton, where Bourke has 183 votes to 166 for Sobieraski.

This chart shows a town by town breakdown of the votes (not including absentees and affidavits).

Source: Orleans County Board of Elections

There is still a small chance Sobieraski could emerge the Republican victor when the absentees are opened on Monday morning at the Orleans County Board of Elections. There were 139 absentees taken out. They needed to be postmarked by Monday to be counted for the primary. There are some affidavit ballots for people who went to the polls but weren’t in the voter registration book. The BOE will determine which of those ballots will be counted.

Bourke already has secured the Independence and Conservative party lines in the Nov. 5 election.