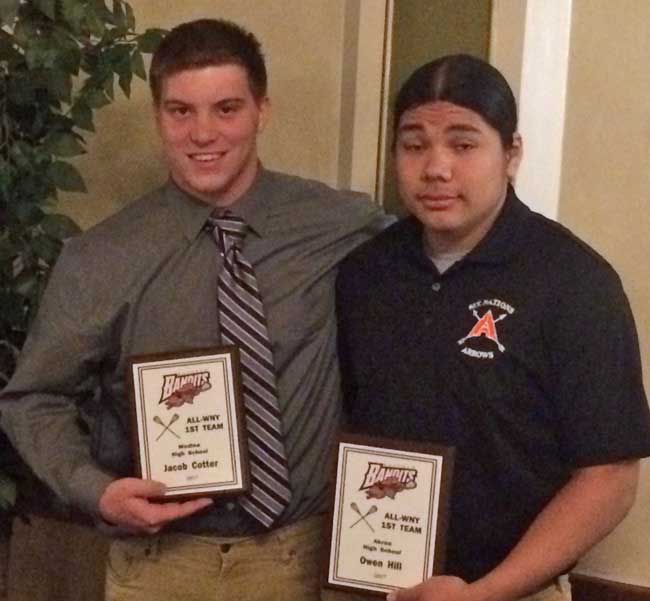 Contributed Photo – Two area lacrosse players were honored at the Buffalo News Borrelli Awards banquet Monday night.  Medina’s Jake Cotter, left, and Akron’s Owen Hill were both honored for being named  first team All-WNY by the Buffalo News. They  are the only two class D players to receive this honor.  Cotter, a first time selection, is headed to Canisius college to play lacrosse. Hill, a two-time selection, is verbally committed to the University of Albany after he graduates in 2018.  Hill was also selected as the Buffalo Prep Talk Player of the Year and is a two-time All-American.