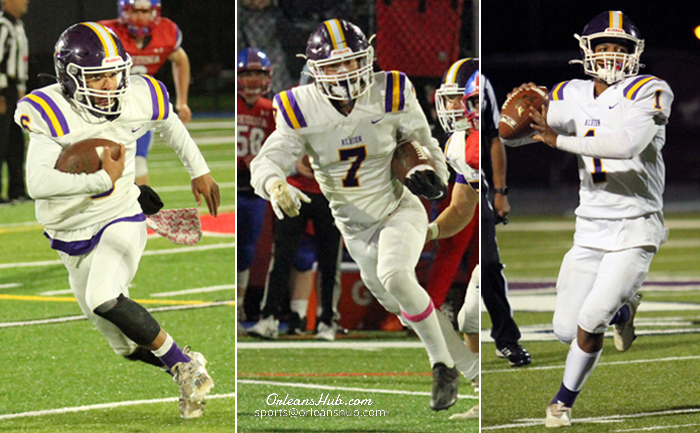 Albion has placed six players on the first team of the B North Division All-League football squad.

Amari Jones passed for 863 yards and 10 touchdowns and rushed for 252 yards and 3 touchdowns.

Hughson rushed for 339 yards and 3 touchdowns and on defense made 34 tackles and had one interception.

Riley had 40 tackles and 3 sacks while on offense he caught 14 passes for 238 yards and 2 touchdowns and also had 2 rushing TDs.

Lebaron had 48 tackles, 1 sack and 1 interception and Froman had 41 tackles and 1 sack.

The Purple Eagles had a trio of Honorable Mention selections in seniors Angel Cruz, Simon Ellison and Ellwood Hafner.

B North champion Maritime had seven first team honorees headed by senior running back Damien Littleton, who was named the division’s Offensive Player of the Year, He rushed for 1,429 yards and 17 touchdowns. 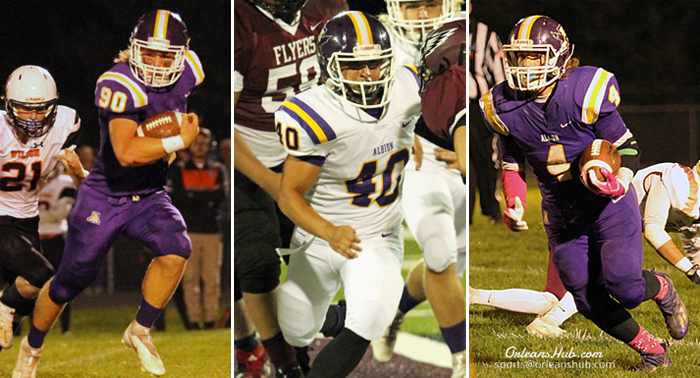