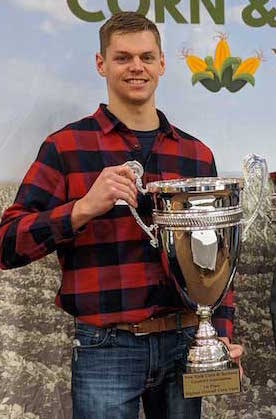 ALBION – An Albion farmer has again topped other corn growers in the state for the highest yield.

Some other nearby farmers won in the New York contest. Henry Everman of Dansville won conventional non-irrigated with a yield of 290.3780 and Tom Jeffres of Wyoming had the top yield, 263.4521, in strip, min, mulch, ridge-till irrigated

Kirby has now won the past three years. In 2019, he finished first with a 277.0 bushel yield in the strip till, non-irrigated category.

Kirby and other winners around the country will be honored in March 2022 during Commodity Classic in New Orleans, La.