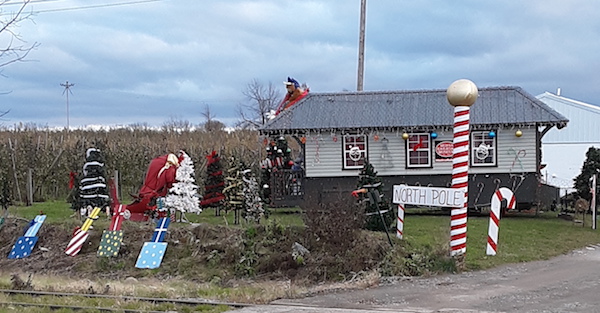 Photo by Ginny Kropf: Passengers on the Polar Express at Medina Railroad Museum got a ride to the North Pole Saturday and Sunday. Near record crowds filled all six excursions. The event will return this Saturday and Sunday and Dec. 18 and 19, with nearly all but a few single seats sold out.

MEDINA – The Polar Express may delight children of all ages, but a couple who rode the fairy tale train on Sunday got to experience a little magic of their own.

Grace Stewart, event and volunteer coordinator for the Museum, was helping with crowds on the platform of the train when she spotted a man down on his knees in front of the holiday display on the deck of the museum.

She immediately rushed up the steps to learn that Jared Finn had just proposed to his girlfriend Ally Kirkey. In front of the couple were his children holding a sign which read “Will you marry our dad?”

In all the excitement Stewart failed to ask where the couple were from. 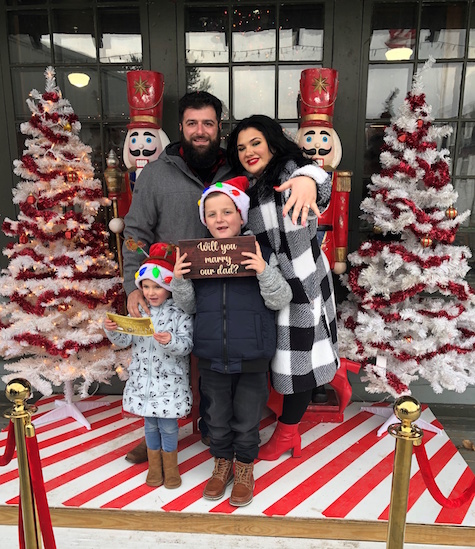 Also on Sunday, another family was noticed on one of the first-class cars celebrating a surprise birthday for a relative.

More than 5,000 people rode the Polar Express on Saturday and Sunday, a scenario that is expected to be repeated the next two weekends at the Medina Railroad Museum.

While most of the seats for the next two weekends are sold out, visitors are encouraged to visit the museum and see the extensive decorations staff has spent several weeks putting up, in preparation for the Polar Express.

Riders on the train get to enjoy hot chocolate, singing and story telling from the famed Polar Express book. Each child gets a gift, meet Santa and the hobo who board at the North Pole.

Plenty of Polar Express toys and gifts are available in the gift tent and museum gift shop.